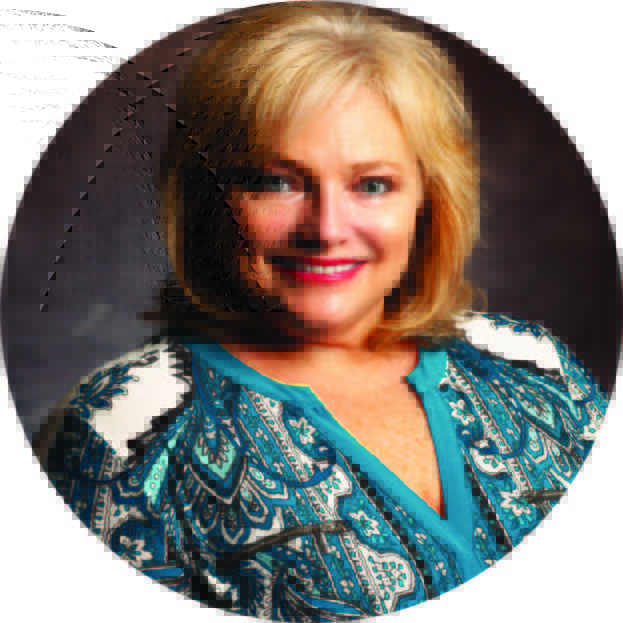 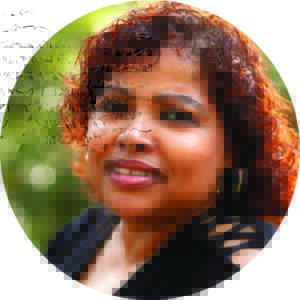 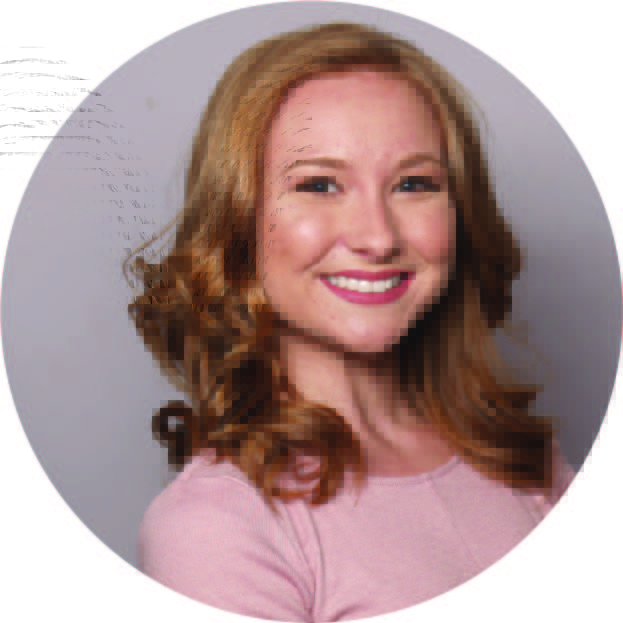 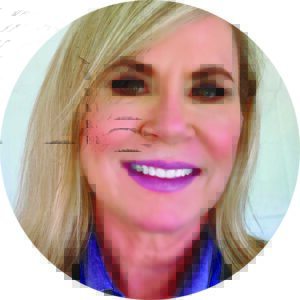 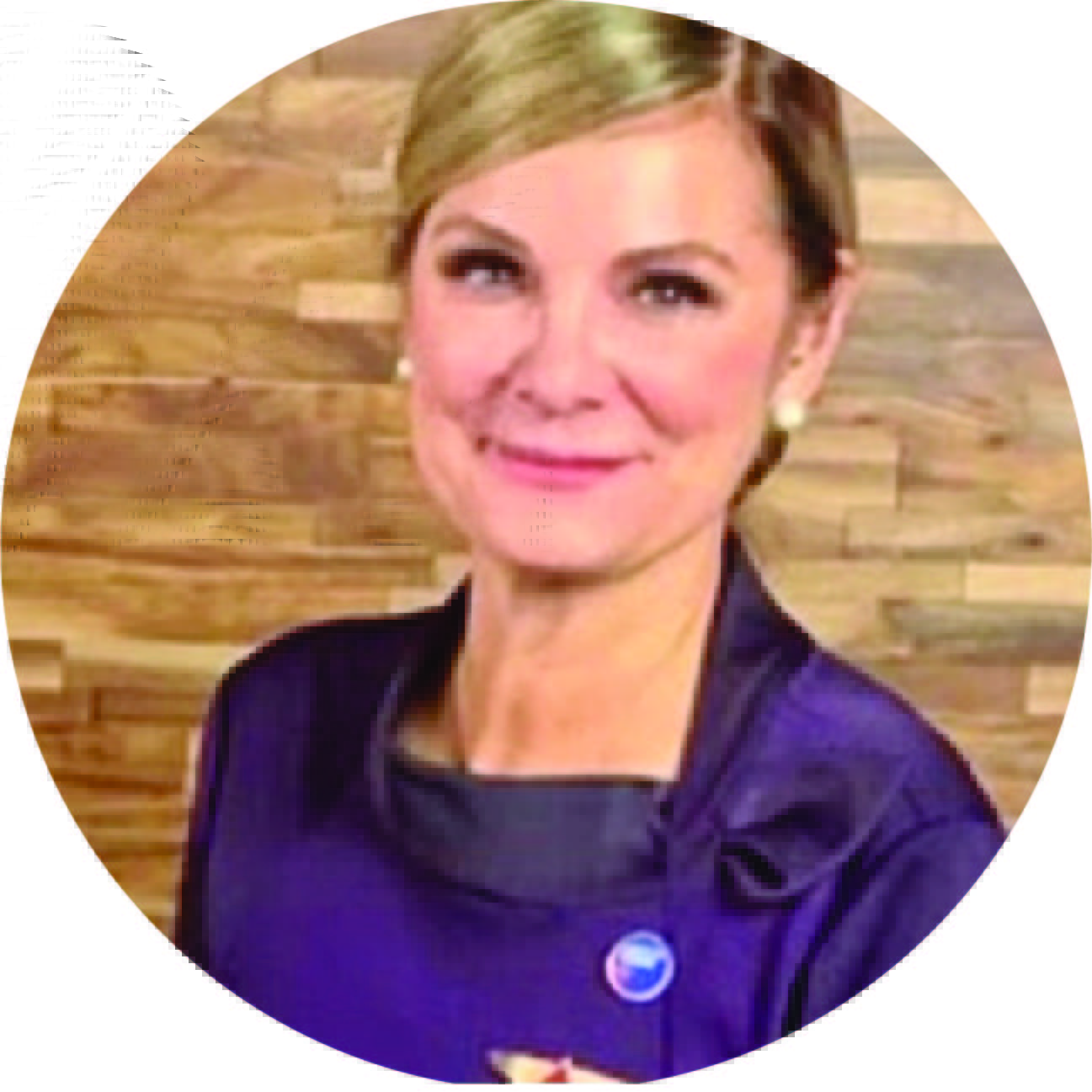 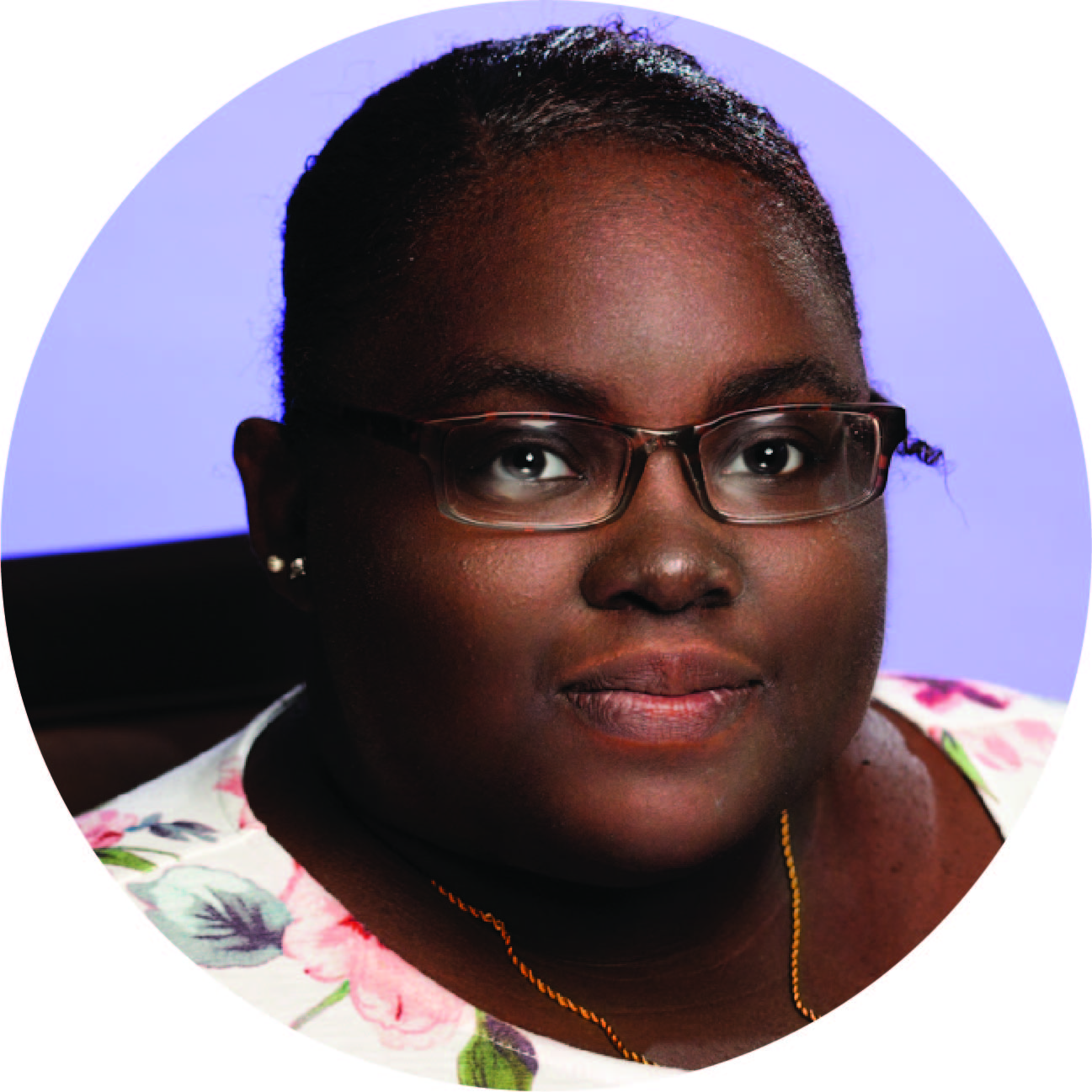 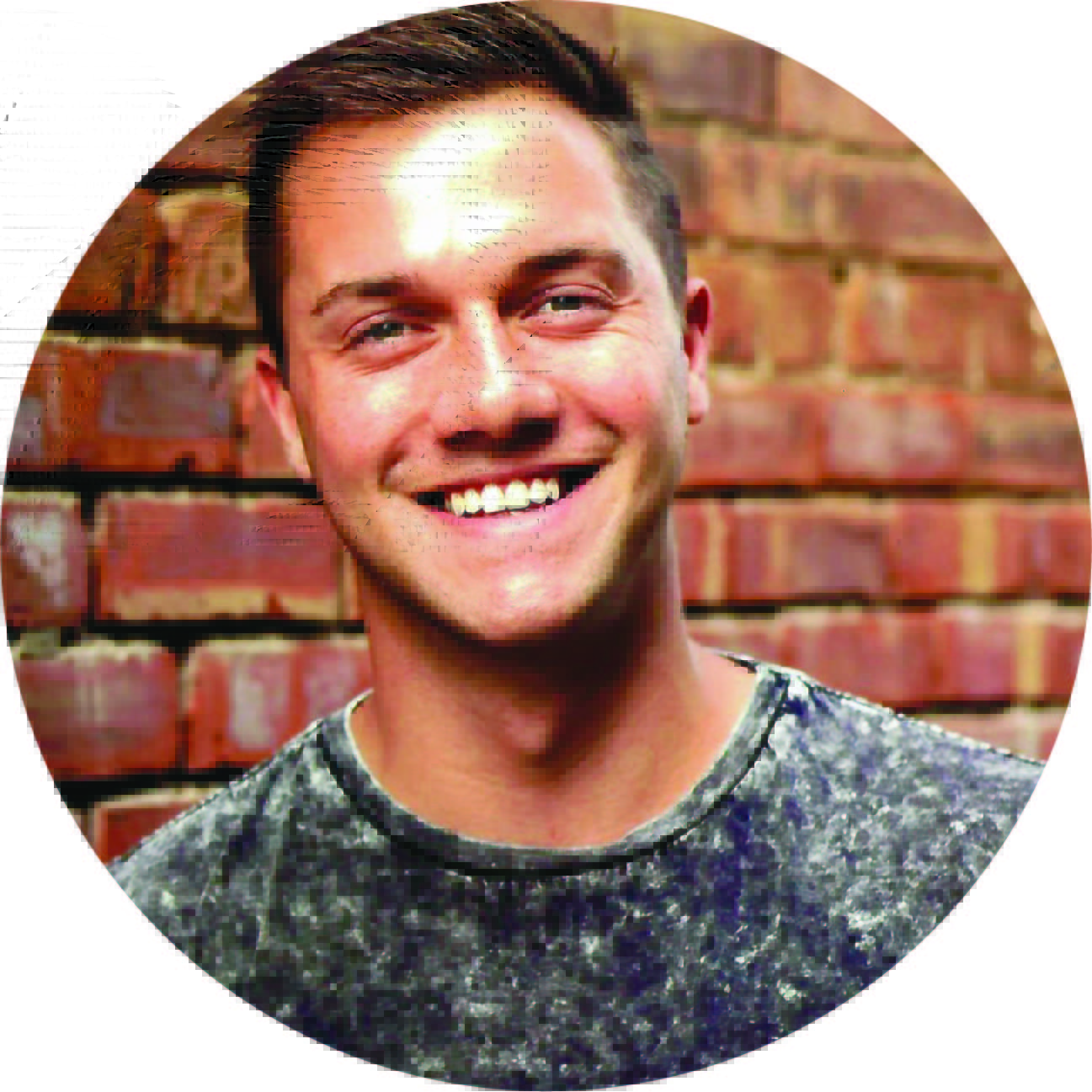 "A highly developed team is like a compass. It serves as a guide to point you in the right direction when you are lost."

Founder and CEO of the Lifeboat Project, a central Florida 501(c)3 nonprofit which increases awareness and provides wraparound services to victims and survivors of Human Trafficking such as trauma counseling, housing, personal development and educational resources. The life-long central Floridian Co-Founded the Greater Orlando Human Trafficking Task Force and the Zonta Club of Greater Orlando, an international organization which empowers women and girls. Jill is a four-time delegate to the Commission on the Status of Women at the United Nations. In 2015 she was honored as one of two ‘Peace Seekers’ by the Presbyterian Peace Fellowship. Jill attended Ecumenical Advocacy Days in Washington, DC in the spring of 2011 as a delegate and lobbied both Florida Senators and her Congressman to reenact the Violence Against Women Act, which was accomplished in 2013. Jill spearheaded the creation and development of a human trafficking educational gaming app designed to protect our youth. This app has received international awards and was developed by Central Florida’s Engineering Computer Simulation. In March of 2016, the app ACT-Awareness Combats Trafficking was presented at the United Nations during a parallel event. In 2017, Jill received the Humanitarian Award from the Women’s Executive Council of Orlando; and in 2018 she was presented with the Orlando Magic Creating Change Award for The Lifeboat Project. The Lifeboat Project is also a member of the Freedom Network USA, only one of six partners in Florida. Jill is a member of the Daughters of the American Revolution and has served as Chair of Women’s Issues for the DAR Sallie Harrison Chapter. Jill is also on the Board of Directors of the Rotary Club of South Seminole, and is the Florida State Coordinator for RAGAS— Rotarian Action Group Against Slavery. She was Vice-President of her family’s Coffee Service which has served central Florida for over 45 years. Her passion and previous career are that of a professional Jazz singer and worship leader. Jill was educated at Francis Marion University in Florence, South Carolina and Lake Brantley High School in Altamonte Springs, Florida. She and her husband, Gary, reside in Apopka, Florida.

Migdalia, affectionately known as “Millie”, was born in New York City and raised in the South Bronx, New York. Migdalia attended Grace Dodge Vocational High School, graduated from Russell Sage College and majored in Sociology. Migdalia is certified as a Medicaid Provider Waiver Support Coordinator, Targeted Case Manager, and designated as a Victim Services Practitioner. Migdalia has worked in the field of Human Services for over 40 years in areas that include emotionally disturbed & abused youth, the disabled, homeless mothers with children and families. Migdalia recently received her MBA in Nonprofit Management & Leadership from The Springfield College in the School of Professional and Continuing Studies. Migdalia is a State Certified Notary Public. In addition to being a skilled caretaker, Migdalia enjoys cooking, mentoring, and exercising an impressively wide array of skills for the good of others.

Jessica is a Native Floridian and recently graduated from the University of Central Florida with the Dean’s List for her Bachelor’s in Clinical Psychology with a minor in Mass Culture and Collective Behavior (Sociology). She became a Walk Coordinator for NEDA’s (National Eating Disorder Association) Orlando Walks in 2018 and continued to support the cause until 2020. In 2019, she was a Mental Health Connections Specialist Intern and volunteered as a Guardian Advocate for those involuntarily committed to local behavioral hospitals through the Mental Health Association of Central Florida. During 2019, she continued to support NEDA as an Online Forum Moderator for their website to maintain safe and healthy conversations for those in or trying to recover from an eating disorder(s). At the end of 2019, she became a youth presenter for NAMI (The National Alliance on Mental Illness) Greater Orlando’s Ending the Silence program to share her personal story and give hope to students, families, and employers. And worked as their Community Outreach Coordinator before coming on board with The Lifeboat Project. To continue her education, Jessica will be attending Rollins College for their Clinical Mental Health Counseling program starting the Fall of 2021 to become a Licensed Mental Health Counseling specializing in eating disorders and body image. Jessica is passionate about advocating for mental health, specifically eating disorders, inclusivity, and awareness. She uses her personal experiences to fuel her passion in helping others and to always be a light for someone in need.

Sonya Hightower LaBosco is the Executive Director at the Air Marshal National Council. She retired from the Federal Air Marshal Service in 2014, with a distinguished 24-year in law enforcement where she served in senior leadership positions. During her career she was awarded the Medal of Valor and the Medal of Merit. She received a Bachelor of Arts in Criminal Justice from Warner University and is currently a Rotarian in the Rotary Club of Lake Nona Lunch . She also serves as an Area Governor for District 6980 and volunteers in Central Florida with neighbors, friends, community leaders and problem solvers to take action to create lasting change. She is a strong advocate for ending Human Trafficking Worldwide. In addition, she serves as the Special Projects Coordinator for The Lifeboat Project. She works with human trafficking survivors to bring training and awareness to the community. friends, and problem-solvers share ideas, join leaders, and take action to create lasting change.

Tammy Spence spent over 10 years volunteering at Orlando Regional trauma unit and a year a cook county ER/Trauma in Chicago. I worked consistently with women involved in the sex trade. She graduated from the Ohio State University with a BS in child development with an emphasis on trauma informed care. She is the Founder of “She Has A Name #theBellaandDaniproject.” has been a Transition Team Coordinator for Inside Out Jail Ministries for 8 years and is Victim Advocate with The Lifeboat Project. She is also on the Advisory Board for 2myplace. She has received recognition for her work in human trafficking: CFCN Central Florida Victim Service Center Community Service Award in 2018, Polaris Volunteer of the Year 2019, and Chairman’s Club Delta Airlines in 2015.

Sawyer is a decade-long survivor of human trafficking. He is currently pursuing a degree in Business and Organizational Leadership. Sawyer uses his vast entrepreneurial knowledge, time in the field, and public relations to be a strong voice in this movement. His perspectives and experience are utilized to help us with a magnitude of business development, marketing, and special projects. Sawyer hopes to continually create a safe space where victims can turn into survivors. It is his goal to invest in the future through community outreach and long-term development towards continually growing The Lifeboat Project as the leading service provider for human trafficking in the country. Sawyer loves helping others make a difference towards healing and growing in their journey.